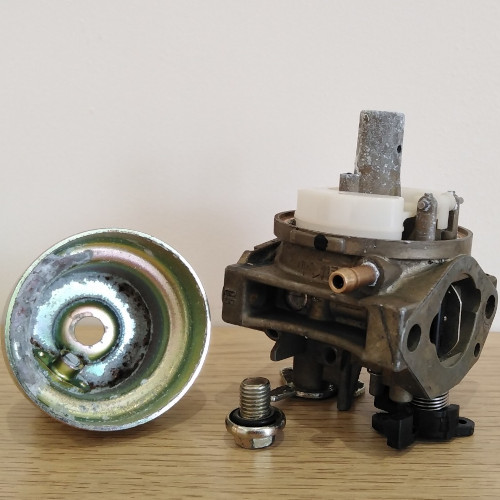 Petrol from the pump is a mix of many organic components with different properties that determine the performance of the fuel. If left in an open container it will, in time, completely evaporate. But as it evaporates, the composition of the fuel will change as different chemical components evaporate at different rates. This evaporation also happens in fuel cans and tanks and the process of degradation starts the moment the fuel is purchased.

Fuel stored in underground garage tanks is unlikely to degrade much because of the rate of replenishment, except in remote, small garages which these days are rarely found.

How the petrol changes in the machine’s fuel tank.

The lighter, more volatile components evaporate first. These are the chemicals that provide valuable octane benefits on starting from cold. These are very volatile and compose most of the fuel/air mix during initial startup, but when they are depleted by evaporation the mixture becomes leaner, causing poorer detonation, pre-ignition and piston damage, especially in small high revving two strokes such as strimmers and chainsaws.

The fuel that remains when the volatile parts have evaporated has a higher density, as well as a higher octane rating, but as it is not as volatile, cold starting is impaired. Because carburettors meter fuel by volume the mixture now becomes richer because of the extra amount of fuel in the denser liquid. This richness will cause plug fouling and unburnt carbon deposits will block exhaust ports. The lack of volatile octane will suppress full revs.

So, in short, degraded fuel will result in hard starting and lack of top end revs and power, but the machine will run once started.

Formation of Gums and Other Deposits

After several months storage at summer temperature the petrol will start to form carboxylic acid and gums. This degradation will continue as the fuel ages and the carboxylic acid which forms will slowly attack the soft materials in the fuel system. The first to suffer will be the rubber and plastic fuel hoses, which will lose their flexibility, followed by primer bulbs and carburettor diaphragms. Finally, even the aluminium of the carburettor will be eroded.

Stale fuel is the number one cause of stiff metering diaphragms and the primary cause of carburettor replacement. Gums and varnish will quickly stick the piston rings of a running engine causing expensive failure.

If this engine is lucky enough to start it will run on a separated fuel /oil mix and rapid engine damage could occur, but more commonly the damage is done during storage while the phase separated fuel corrodes the inside of the carburettor. Damage of this nature will not be covered by warranty.

Stale petrol is nothing new

We had the problem of stale fuel long before the addition of ethanol, it’s just that today’s fuels turn stale much quicker than in the past, in fact, depending on temperature, light and humidity, the fuel can be unusable in as little as 30 days. The ethanol speeds up the process for two reasons, it has an affinity to water, and the fact that ethanol is oxygen rich, speeds up the oxidation process to acetaldehyde (ethanal) finally into ethanoic acid (aka acetic acid, which is a carboxylic acid).

How do we overcome the problem?

How to recognise stale petrol

As petrol ages it will change noticeably in colour, smell, and viscosity. New petrol, fresh from the garage, will have a pleasant ‘tang’ and will be almost clear, with just a slight colour, but as it ages it will develop an unpleasant smell more akin to paint or varnish which will linger on materials or skin for much longer, whilst the colour will deepen considerably. The old fuel will also become much thicker, more akin to very light oil or diesel fuel. Really old petrol will have a very heavy and unpleasant smell and can be very dark in colour, whilst being very thick, more like a liquer.

What is the best solution?

The best solution by far is to use an alkylate fuel such as Motomix or Aspen. These fuels are derived from petrol but go through a special ‘alkylation’ process which removes 90% of the unwanted chemicals, leaving around just the 10 essential components. This fuel performs as well (if not a little better) than standard petrol but is chemically stable and will take much longer to degrade. Fuel lines, tanks and carburettors will not be attacked by this fuel and the machine can safely be stored for years with the same fuel with no detriment.

In addition, the clean burning nature of the fuel will ensure that the internal workings of the engine stay clear of any gums, varnish, or carbon residues. 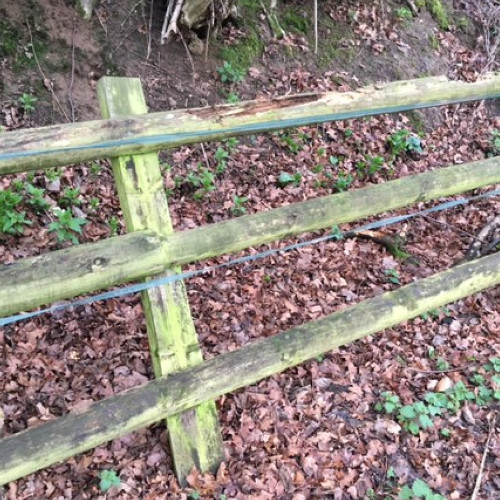 Many of us have been there, on a windy day we arrive home at the end of a long day to find our fence has fallen down! Either that or wake up in the morning and discover a view of the next door neighbours garden that wasn’t there the night before. Puts a slight dampener on things, doesn’t it!

Well, it’s a more common issue these days than it ever was in years past. Of course, wooden fence posts, no matter what you do will not last forever, but from working inside the industry I can tell you that the treatment used in the production of fence posts is no longer formulated as it was a generation ago, due to regulation changes it was banned in early 2000’s in domestic and household applications in part due to the enviromental and health implications of the Chromium and Arsenic elements in particular. Removal of Chromated Copper Arsenate (CCA) from the production process followed. Now the rights and wrongs of this can be debated in depth, but it doesn’t change the fact that the treatment alone is not singulalry as effective against rot anymore. So the big question is, what can we do to get round this issue? Well, here I’ll outline some of the steps anyone can take to help this issue when installing a new fence.

The first option we have as consumers is to simply upgrade our fence posts. There you go … simple! At Briants we stock UC4 posts (User Class 4), which sounds a bit fancy and technical. Our timber suppliers will take the timber post and kiln dry it down to 28% moisture content or below. Because the wood is so much drier than usual, more treatment is able to be absorbed into the timber deep up to the heartwood. The price difference is approximately 20% over that of it’s basic Softwood Treated equivalent, negligible in the scheme of putting up a new fence and the significant lifespan. For example, at the time of writting, an 8ft (2.4m) long, 3inch (75mm) square post has a price difference of around 63p per post! A no brainer when a UC4 post has an expected service life of 15 years. So, to install 10 3 x 3 posts would cost around an extra £6.30 to upgrade all the posts. YES, I SAID £6.30!! Take my advice, if you are using wood rather than concrete, ask for UC4 posts.

This brings me very neatly onto the next option, using concrete posts. This is a very popular option nowadays as they clearly won’t rot. From an installation point of view they are heavier than timber posts so a little more cumbersome to move around site and worth having an extra pair of hands to make life easier, but that being said the weight isn’t excessive and modern production methods have allowed for lighter versions. The cost is greater than wooden posts, as you would probably expect, but for peace of mind and with longevity, concrete may be the perfect option. If using conventional fence panels they also offer convenience once the panels need replacing, the H profile slotted posts mean that you can simply lift out the worn or damaged panels and slot in new ones.

Whilst on the subject of concrete, I’ll just mention are concrete repair spurs. These are typically used for repairing broken wooden posts. They essentially form a brace against the side of the wooden post, removing the necessity to dig out and replace the entire post and panel. For customers installing from new who would prefer a fully timber fence, but with the added insurance of having a concrete brace at the bottom of each post, simply position each post one at a time and secure a repair spur to the post using 2 coach screws. Then use postcrete to fix it in place as normal. This way, even if the post does eventually rot at ground level, the concrete spur will hold it up, so it’s essentially there to stay.

Last of all is a new product to the market. The DuraPost range of lightweight metal fence posts, which offers the longevity of concrete but some would say more aesthetically pleasing, easier to handle and available with matching composite gravel boards and post caps.

Just a little bit of forward planning and knowledge at the installation stage can save you a lot time and money a few years down the line. Take my word for it as I’ve been there myself and learned the hard way, as well as seeing it happen to countless customers, spend a little more now and you’ll benefit later on.

Category: Fencing & Timber
Search by Category
We use cookies on our website to give you the most relevant experience by remembering your preferences and repeat visits. By clicking “Accept”, you consent to the use of ALL the cookies. Read More
Cookie settingsREJECTACCEPT
Manage consent

This website uses cookies to improve your experience while you navigate through the website. Out of these, the cookies that are categorized as necessary are stored on your browser as they are essential for the working of basic functionalities of the website. We also use third-party cookies that help us analyze and understand how you use this website. These cookies will be stored in your browser only with your consent. You also have the option to opt-out of these cookies. But opting out of some of these cookies may affect your browsing experience.
Necessary Always Enabled

Performance cookies are used to understand and analyze the key performance indexes of the website which helps in delivering a better user experience for the visitors.

Analytical cookies are used to understand how visitors interact with the website. These cookies help provide information on metrics the number of visitors, bounce rate, traffic source, etc.

Advertisement cookies are used to provide visitors with relevant ads and marketing campaigns. These cookies track visitors across websites and collect information to provide customized ads.

Other uncategorized cookies are those that are being analyzed and have not been classified into a category as yet.