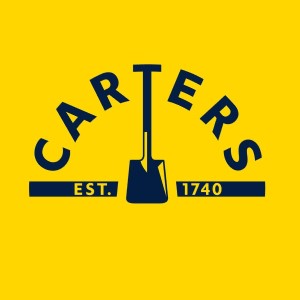 The Yorkshire long handled Billhook is one of the most popular patterns in our range of hedge laying tools. It is robust and very well weighted to cut through thick stems, but can still be swung with one arm. We stock many of the most popular billhook patterns.

The total length of this Yorkshire billhook is around 26 inches (665mm), and the double-sided blade measures around 11 inches (305mm), and has been riveted to a solid Hickory handle. The blade is suitable for sharpening by the user as required, and may require sharpening before first use (at the users discretion).

We stock a great range of hedge laying tools and other pruning tools including traditional pattern billhooks, secateurs, bowsaws and axes. We have experience spanning well over 50 years in the timber and forestry industry.

Long Handled Yorkshire Billhook – Why is it named after an English county?

The billhook has over the years been used in coppice and hedge row work across the whole of the UK. Many counties blacksmiths made their own specific design, and thus it became known by the name of the county. The Yorkshire billhook pattern continues to be one of our best selling hedge laying hooks. There are a handful of popular patterns, most of which we sell, but many other counties have had, or still have their own patterns, each one original in it’s own way.

What is Hedge Laying?

Hedge laying is an old traditional technique for thickening up a hedge row. Most hedges when they get established will have more dense greenery higher up than at ground level. In years and decades gone by livestock was enclosed in by hedges which needed to be escape proof. Of course keeping unwanted visitors out would have been top priority. In more modern times with the availability of stock fencing etc, this is a more common approach, however hedge laying as a skill is far from finished and in fact there are well attended hedge laying competitions and other events around the UK every year which help to promote this traditional skill. If you look around the countryside between late autumn and early spring you can often find freshly laid hedges dotted around. In modern times hedges are given this treatment to help natural habitats and to keep the traditional skills alive. Also from a visual point of view, a newly laid hedge is a fantastic sight.

How to lay a hedge

Well, we won’t get too technical here, because there are variations and different approaches in different parts of the UK. The basic principal though is that a cut is put through the stem of the hedge, using a tool such as the Yorkshire billhook and then the whole stem is bent over (see above photo). once this is done along the whole hedge, the new growth will thicken the hedge up from ground level to the top and make a nice dense hedge.

We use cookies on our website to give you the most relevant experience by remembering your preferences and repeat visits. By clicking “Accept”, you consent to the use of ALL the cookies. Read More
Cookie settingsREJECTACCEPT
Manage consent

This website uses cookies to improve your experience while you navigate through the website. Out of these, the cookies that are categorized as necessary are stored on your browser as they are essential for the working of basic functionalities of the website. We also use third-party cookies that help us analyze and understand how you use this website. These cookies will be stored in your browser only with your consent. You also have the option to opt-out of these cookies. But opting out of some of these cookies may affect your browsing experience.
Necessary Always Enabled
Necessary cookies are absolutely essential for the website to function properly. These cookies ensure basic functionalities and security features of the website, anonymously.
Functional
Functional cookies help to perform certain functionalities like sharing the content of the website on social media platforms, collect feedbacks, and other third-party features.
Performance
Performance cookies are used to understand and analyze the key performance indexes of the website which helps in delivering a better user experience for the visitors.
Analytics
Analytical cookies are used to understand how visitors interact with the website. These cookies help provide information on metrics the number of visitors, bounce rate, traffic source, etc.
Advertisement
Advertisement cookies are used to provide visitors with relevant ads and marketing campaigns. These cookies track visitors across websites and collect information to provide customized ads.
Others
Other uncategorized cookies are those that are being analyzed and have not been classified into a category as yet.
SAVE & ACCEPT